Laser Cutting – What Is It And What to Use It For?

ROBOTIME's 3D wooden puzzles and miniature dollhouses are closely linked with laser cutting. If you are curious about it, the post is an enjoyable and educative tutorial to learn more about this process.

What is laser cutting?

Laser cutting is a technology that uses a beam of light referred to as a Laser to produce very fine cuts via vaporization of the material that the laser is focused on.

Its initial applications were seen in the industrial field, but recent advances in technology have seen it get used in hospitals (you can get more details through "What Is Laser Surgery?"), architectural tasks, enterprises, and schools.

It simply works by focusing a powerful beam of light using optics and a “Computer Numerical Control (CNC)” module on the material requiring cut.

Sometimes a motion control module is incorporated to make the cutting of pattern-like and complicated cuts on a given material possible.

The material that is lasered either evaporates or gets blown by using a stream of pressurized air (Oberg Industries, n.d.). The above methods leave a fine cut noticeable by its high-quality edges (Thomas, 2012).

How is a laser-produced?

To know how this technology works, firstly, we need to see this question. It is generated by a laser that emits a horizontal laser beam that is transformed by a 45° total reflector into a vertical downward laser beam.

These laser beams are focused by a lens and form a tiny spot at the focal point.

When the spot hits the material, the material is quickly heated to a vaporizing temperature where it evaporates and forms a hole.

As the beam moves on the material, it is matched with auxiliary gases (such as CO2, oxygen, nitrogen, etc.) to blow away the melted slag so that the hole is continuously formed with a very narrow width (such as about 0.1mm) of the cut, thus completing the cutting of the material.

This is a vlog of the ROBOTIME-ROKR classical phonograph LKB01D, through which you can roughly understand the whole process of the phonograph from design to development, including laser cutting instructions.

Several types of lasers exist now, but the three most common ones are; CO2, Neodymium (ND), and Neodymium Yttrium-Aluminum-Garnet (Nd: YAG) lasers.

Here’s a summary of the listed methods.

Heat the pieces with a high energy density laser beam and vaporize in a short time, then form a vapor. Cuts are formed on the material surface. The heat of vaporization is generally large, so considerable power and power density are required for laser vapor cutting.

Laser vaporization is mainly used to cut fragile metallic and non-metallic materials (such as paper, cloth, wood, plastic, and rubber).

In laser fusion cutting, the metal material is melted by laser heating, and the nozzle blows non-oxidizing gases (Ar, He, N, etc.), relying on the solid pressure of the gases to expel the liquid metal and form the cut. The energy required is only 1/10 of vapor cutting.

Laser melting cutting is mainly used for materials that are not easy to oxidize or reactive metals, such as stainless steel, titanium, aluminum, and its alloys.

The more brittle material is, the more it is usually susceptible to thermal-induced fractures.

Thermal stress cracking builds upon this feature, making it efficient for brittle materials. The method involves focusing a beam of light onto a surface resulting in localized heating. This localized change in temperature results in an expansion that causes uniform cracking.

The cracking depends on the laser and is usually measured in speed SI unit m/s. This method is very efficient when used to cut through glass and lightweight ceramic.

Also referred to as Flame Cutting, it uses the laser as a preheating heat source and an active gas such as oxygen to cut gas. On the one hand, the gas is blown out acts with the cutting metal, and an oxidation reaction occurs, releasing a large amount of oxidation heat; on the other hand, the molten oxides and melts are blown out from the reaction area, while the cutting speed is far greater than laser vapor cutting and melting cutting.

Laser cutting has a wide range of applications, in addition to the initial industrial manufacturing field and other areas.

Most parts need to be reproduced quickly and accurately in the automotive industry. There is nothing more suitable than laser cutting. In addition, laser cutting is also used for the top windows of automobiles, such as the German Volkswagen Company, which uses a laser with a power of 500W to cut intricately shaped thin body panels and various curved parts.

In the medical industry, surgeons use laser cutting machines to perform high-precision surgery on delicate body parts. For example, eyes. 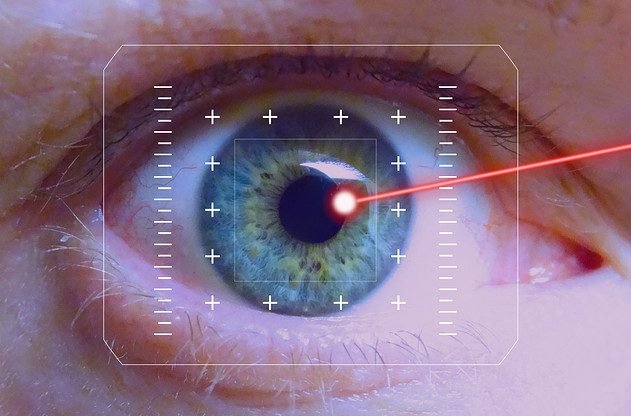 In the jewelry industry, laser cutting's ability to make tiny cuts has reduced the waste of jewelry manufacturing materials and thus increased profitability.

In the industry of wooden 3D puzzles and other toys, such as ROBOTIME. We select this technology to produce wooden puzzles and miniature dollhouses. ROBOTIME uses CO2 laser cutting technology, which controls the error within 0.05mm and accurately reproduces all the model details.

The most significant benefit is that the wooden puzzles can be together without glue. If the precision of a laser cutter is lower than the required tolerances of the pieces, the resulting puzzle will either require excess force or sanding to assemble or be too loose to stay together without glue.

Why talk about this?

First, ROBOTIME's products are closely linked with laser cutting, and we want to tell our users through this post. Through laser cutting, we can ensure the quality of our products.

At the same time, we are trying our best in environmental protection regardless of material ability and process.

Laser cutting is widely used in our lives, and we can't help but marvel at the changes and help that technology has brought to life. At the same time, laser cutting is becoming more and more popular in the miniature world, which makes people's life a more exciting experience. As a handcraft lover in the miniature world, knowing the story behind 3D puzzles is significant.